Wesley Wilson, Ed.D., (President and Executive Director) graduated from Morgan State University in 1954, then entered the Army as a 2d Lieutenant. After 20 years as an Army aviator he retired with the rank of Lt. Colonel. He holds three graduate degrees, including a doctorate from W&M. He is Certified as an Industry Arbitrator. He is a recognized Civil War historian. He served as chair of the Newport News School Board and the Gloucester Economic Development Authority. He is a tireless advocate for preserving African American history in Gloucester and has received numerous military and civilian awards.

Ronnie Cohen, J.D., LL.M.. (Vice President) is a Professor Emerita of Business Law at Christopher Newport University She was the Director of the Luter School of Business from 2012-2015. She has published numerous scholarly articles in business law and critical legal studies. She served three terms on the Gloucester County School Board. She is a licensed attorney in Virginia and provides pro bono services to several non-profit organizations in Gloucester.

Reverend E. Randolph (Randy) Graham, MBA, MDiv, (Treasurer) is the pastor of The First United Baptist Church in Gloucester, VA.  He is a native of King William County, Virginia.  Reverend Graham retired in 2016 from the Colonial Williamsburg Foundation as the manager of financial systems. He has led internal audit seminars for the Institute of Internal Auditors (IIA) throughout North America, Africa and the Caribbean.  He is a Certified Information Systems Auditor and a former Adjunct Professor at Virginia University of Lynchburg.

Sue Perrin (Secretary) is a native of Gloucester County.  She is a landscape designer and a former small business owner.  Ms. Perrin is an active community volunteer, including work with the Community Foundation, and Friends of the Ware Neck Store.

Colleen Betti is a doctoral candidate in anthropology at the University of North Carolina at Chapel Hill. Her research focuses on the archaeology of three Black schoolhouses in Gloucester County, including Woodville. Colleen is originally from Fairfax County, Virginia, but has been working on archaeological projects in Gloucester since 2010.

Michael Blakey, Ph.D., is the National Endowment for the Humanities Professor of Anthropology Professor of American Studies at William and Mary where he also serves as director of the Institute for Historical Biology and the Remembering Slavery, Resistance, and Freedom Project.  Dr. Blakey was the Scientific Director of the New York African Burial Ground Project and has published numerous articles about the project.  He is an internationally recognized scholar of the interface of human biology and culture, more specifically,  the social history of theories that connect biology, “nature,” social inequality, and behavior; the articulation between human biology, racial ideology, and public policy; the political economy of health in industrial society; the bioarchaeology of the African Diaspora; and the ethics and epistemology of publicly engaged research.

Dianne Carter de Mayo, J.D. received her law degree from the University of Michigan Law School. She is a National Endowment for the Humanities Fellow.  Dianne teaches history courses at Gloucester High School, including the African American History elective course. She is a small business owner and chairs the Gloucester County Democratic Committee.

Brent Heath is a native of Gloucester.  He is a naturalist, author, photographer, speaker, a daffodil hybridizer and a gardener. He and his wife, Becky, own Brent & Becky’s Bulbs in Gloucester, where they have over eight acres of educational, Chesapeake Bay friendly gardens.   Brent has won many awards from various organizations in the horticultural industry.  He shares his love and knowledge of all things natural in the world as an active community volunteer.

LuAnn Nagel is owner of Angelwing Stationers. She moved to Gloucester 19 years ago with her husband, Doug, who serves as pastor of Grace Covenant Presbyterian Church. LuAnn was the  Executive Director of two non-profit agencies working with minorities and public assistance recipients, and she currently serves on the Board of the Gloucester Community Foundation as the Grants Committee Chair.

James Newton, BS, MS, is a retired educator who taught for 34 years in Gloucester County Public Schools and as an adjunct professor at Rappahannock Community College.  He served in the United States Marine Corps and is president of Newton’s Corporation, Inc. and Newton’s Construction Company.  James is a member of the NAACP, the Masonic Lodge and Kappa Alpha Psi Fraternity.

Roberta Ray (Bobby), M.Ed., retired after 31 years of teaching elementary school in Gloucester County, where she was a reading specialist. She is a member of the TC Walker Preservation Alliance,  the Gloucester Chapter of the NAACP and Gloucester's Epsilon Eta Chapter of Iota Phi Lambda Sorority, Inc.  Ms. Ray volunteers with the Samaritan Group Sanders Foundation, and the Irene Morgan Scholarship Fund.


Teri Redcross-Ali is a native of Gloucester County.  She is a 1986 graduate of Norfolk State University School of Business. Ms. Redcross-Ali has worked as a contractor Budget/Financial Management Analyst for 25+ years for the Department of Defense.  She is a member of Gloucester NAACP and Delta Sigma Theta Sorority, Inc.

Bambi Thompson, Ed.D., retired after 30 years as an educator/administrator in Gloucester County Public Schools, where she was the principal of Thomas Calhoun Walker Elementary School for 17 years.  She was instrumental in establishing T.C. Walker Day in 2000, which was an annual event that brought together former students of Gloucester Training School and T.C. Walker School. She is currently an educational consultant for the Virginia Department of Education. She is a member of the Friends of the Dragon Run’s youth mentorship committee, the Sanders Foundation Board, the Mathews NAACP and Delta Kappa Gamma Educational Society. 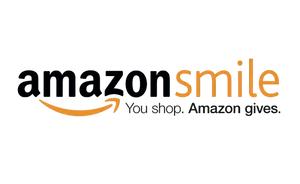